As we approach the end of November, we once again wave goodbye to autumn, (or ‘fall’ if you happen to be of the American persuasion), and I for one won’t be sorry to see the back of it.

I know some people are really fond of autumn, with all its pretty colours, but I can’t help thinking that there are nice colours in the other three seasons too, and they have a lot more going for them besides. If pretty colours are all you’re after, you can pop along to your nearest B&Q at any time of year, and check out a Dulux paint chart. That way, you’ll get all the colours your heart desires (and even some that it doesn’t), without the added risk of slipping on wet leaves or, worse still, dog shit that has been hidden by wet leaves (unless B&Q have really let their standards slip – pun intended – since the last time I paid them a visit).

Autumn is by far and away my least favourite season. Admittedly, I haven’t ever given much thought to what my favourite season is (until now), but certainly autumn comes in last. I don’t suppose anyone reading this will really care what order of preference I would place the seasons into, as it seems a rather pointless exercise (and I’m not entirely sure I even care myself), but damn it I’ve come up with the title now and I’m determined to see it through. Besides, I spent that long in my youth trying to work out the order in which I would sleep with Girls Aloud, I feel like I’ve already scraped the bottom of the ‘ranking’ barrel anyway.

So, here comes my month by month analysis of the four seasons, to determine which is my favourite… 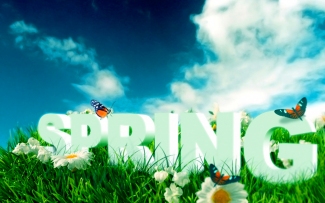 Spring has a lot going for it. The weather is starting to pick up and get warmer, the football season reaches its exciting/disappointing climax, and fans of autumn get their pretty colour fix, as lots of lovely flowers starts to appear.

March – ok, it’s still pretty nippy out, and definitely too early for shorts (unless you’re one of those people), but the chance of snow is now pretty remote, and you can finally start to forget winter and look ahead to Easter – which either falls at the end of this month, or the start of the next one. In 2016, Easter will be in March, and that means two bank holidays and a shit load of chocolate. And if that’s not sufficient reason to give March a good score, I don’t know what is.

April – the weather is picking up nicely now, so it’s acceptable to dig out your shorts/skirts from the bottom of the wardrobe, and give those pasty white British legs some much-needed sunshine. Also, since my beloved Stockport County plummeted into obscurity, April is now the end of our football season, which is both exciting and disappointing in equal measure. Disappointing because it means no football for the next few months (aside from having to suffer England being embarrassed at a major tournament every other year), but also because, well, County’s seasons tend to end badly of late. This, unfortunately, lets an otherwise splendid month down.

May – Ah, the jewel in spring’s crown. May has a lot of good things going for it. It is often far nicer weather-wise than the disappointing summer months which follow, and it’s now light much later into the evening, so you can spend some lazy Sunday afternoons sat outside a country pub. Also, there are two bank-holidays, as well as two very important birthdays – my boys. May will always hold a special place in my heart, as it’s the month that gave me two of the best things in my life: Ollie and Isaac. 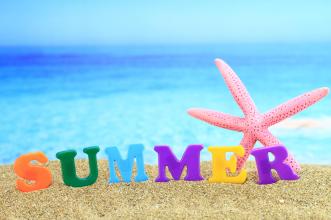 I suspect my wife would choose summer as her favourite season, but that’s because she is a teacher, and all teachers like summer because it means a wonderful respite from the evil little twats they encounter on a daily basis. Summer is also festival season, but I am now far too old and far too sensible to sit in a wet tent for a few days, surviving on fast food and hoping to God I don’t need to go for a shit any time soon.

June – Make the most of this nicer weather, folks, because no matter how much you expect July and August to be hot, unless you’re travelling abroad on holiday, they sure-as-hell won’t be. For a while now, I’ve thought that we should call April to June ‘summer’, because July and August have had plenty of opportunities to deliver nice weather and never do, so I’ve lost all faith in them. On the down side, there’s no domestic football in June (although next year will see the European championships in France to make up for this) and, just as you’ve become accustomed to having a couple of extra days off, June offers no bank holidays whatsoever. What gives, June? To make matters worse, two of the most detestable events in the British calendar take place this month: Glastonbury and Wimbledon.

July – Although it’s the teachers who enjoy the school holidays more than anyone else (more so, even, than the children themselves), the rest of us can at least enjoy lighter traffic during rush hour for a while. That is, until the local Council (and this applies wherever you are in the country) choose this precise moment to carry out all the roadworks they have been planning for the first six months of the year. I get the reasoning – if they do the roadworks now, it affects less people – but those of us who commute have been looking forward to a quieter journey to and from work for ages, and the only thing that changes is that we’re now sat at temporary traffic lights instead (which are pre-programmed to malfunction every other week). July had the potential to be a great month, but the weather and the councils have ruined it. Bah.

August – August is expected to be hot, and sometimes it is, but only for a few days. For the remainder of the month, we have to endure not only terrible weather but, even worse, we have to suffer the tabloids bitching about it. Yes, we all know the British summer is shit, and because we all know this, you don’t need to remind us and make us feel worse every year. Then, just when you’re feeling really despondent, the latest series of X-Factor starts. Well, that’s it, isn’t it? It’s nearly fucking Christmas now. Fortunately, August has one redeeming factor – the football season begins. Oh football, how we have missed you for the past few weeks. Don’t ever leave us again (until next April / May).

I think I’ve already made my feelings towards autumn quite clear, so let’s make this as quick and painless as possible (unlike autumn).

September – in fairness, September isn’t that bad. Again, the teachers will all disagree, but it’s nice to have the kids back at school where they belong, rather than running around everywhere like escaped lab rats. The weather often picks up a bit too, following another rubbish summer, so I get to wear shorts to the football, much to the delight of the ladyfolk of Stockport. Make the most of these long evenings though, because October is about to fuck everything right up.

October – ah, the month when the clocks go back and it all goes wrong. Thanks to October, I will now be seeing considerably less daylight for the next few months, because it will be dark when I get to work, and darker still when I leave, so unless I venture out of the office on my lunch break, I am essentially nocturnal. And don’t give me any of that ‘one hour extra in bed’ crap either, because that only means one additional hour of being kicked black and blue by Isaac, so it’s hardly sufficient compensation.

November – Oh, if you thought October was bleak, wait until November starts. I quite like Bonfire Night, huddled with the family around a bonfire, because we’re all dangerously close to losing limbs to frostbite, but since Ollie is scared of fireworks, and they appear to be the only thing the dog can still hear and get scared by (as he sure as hell can’t hear his own farts anymore), we end up staying indoors.

November, as far as I can tell, only has two redeeming features. Firstly, my mum’s and wife’s birthdays, which always mean a family get-together, and secondly it tends to be the month the latest Bond film is released. Spectre, incidentally, is brilliant.

Other than that, November is even worse than October, and it can piss right off. If I want something dark, cold and wet, I’ll have a Guinness.

Where autumn got cold and dark, winter gets colder and darker. But, for one very good reason, we don’t seem to mind as much….

December – Christmas. You have to be dead inside to hate Christmas. Ok, having young children makes it all the more special, but everything about Christmas is great, and all of a sudden the things that would normally annoy you throughout the rest of the year are acceptable. Rain, as we all know, is rubbish, yet we get excited about its colder, fluffier cousin, snow (until it melts, then it’s shit again). Crowded shops are horrendous, but if you can hear someone singing carols in the distance, it’s mysteriously not as bad. Even Noddy Holder’s voice is somehow tolerable.

Eat, drink, and be merry, because another crappy year is just around the corner.

January – ok, New Year’s Eve is very squarely in December, I know that, but I still think January needs to share some of the blame for this abomination. After all, if it wasn’t for January, December would just carry on endlessly, we wouldn’t need New Year’s Eve, and it would be Christmas forever.

New Year’s Eve is overrated, overpriced (if you go out), and more often than not a total disappointment, which sets your mood up quite nicely for the pile of garbage that is January. All the terrible weather, but with the added bonus that Christmas is over, there’s nothing to look forward to, and you’re skint. Fuck off January.

February – my birthday month, so I have mixed feelings about this. On the one hand, I get nice presents, go out for a meal, and generally celebrate life, but then it dawns on me that I am now one year older and slightly more decrepit than I was the day before. Also, there is more chance of seeing snow in February than in December (I have certainly ‘enjoyed’ more white birthdays than Christmases), but it holds none of the magical charm that it does at Christmas. By February we are so over snow, that it is met with utter disgust, rather than childlike excitement. Still, it’s a short month, and things start to look up again in March.

I told you autumn is shit, and I think the above proves me right, but winter wasn’t far behind and, had it not been for a fat man in a red coat, some mince pies, and enough alcohol to slay a horse, the outcome would have been very different.

The winner, perhaps surprisingly, is spring, but then it does have four bank holidays….

…oh, and its Kimberley first, then Cheryl, Nadine, Nicola and finally Sarah (but only if I had to).