However, I also despise Facebook, some of the time.

I love Facebook, because it keeps me in touch with my family, friends and the world at large. It informs me if my favourite bands have a new album coming out, or are due to go on tour. It allows me to peruse funny videos of people hurting themselves, and laugh at comedic memes, restoring my faith that there are others out there who share my twisted sense of humour.

I also have my very own page, a little corner of the vast expanse that is the internet, where I can be myself. Where I am able to laugh about my children, while at the same time venting my spleen (I honestly never knew my spleen had so much vent in it). Plus, because of Facebook – and some ‘cockney bellend’ called Joe – my fanbase has multiplied more than tenfold since March.

Finally, thanks to Facebook (albeit prompted by the horrible situation the world currently finds itself in), I now have my own ‘virtual’ pub, where I can meet up with people I have never known in real life, listen to music, and take part in one of my favourite pastimes – a pub quiz. 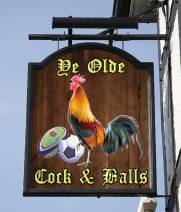 However, increasingly of late, I also detest Facebook. It bombards me with adverts for things I have never wanted, and will never want. It reminds me that some people are stupid, bigoted and downright racist, and they are not the tiny minority I once thought (or hoped) them to be. It reminds me that the nation, and, indeed, the planet, has never been more divided.

Thankfully, the benefits to Facebook still outweigh the various disadvantages (otherwise, I would consider deleting my account) and, since this is meant to be a lighthearted blog, lets focus on the positives for now.

For every bigot or racist, there are countless more fighting for change and unity. For every moron ignoring lockdown to meet up with their mates, or squeeze onto an already crowded beach, there is a group waiting to berate them publicly for their stupidity. And, for every ludicrous decision made by the likes of Johnson, Trump and the sycophantic fucknuggets behind each of them, there is a comedic genius waiting with a meme to ridicule everyone concerned. It may not solve the problem, but it reminds me there are like-minded people out there who are just as exasperated as me. That gives me hope.

So, while today’s blog entry is all about one particular aspect of Facebook, and how much it riles me on a daily basis, I am going to strive to find the humour in there to share with you all, and hopefully raise a smile on this fifteenth Friday of lockdown.

This week’s entry is all about that seemingly endless source of (often unintentional) comedy: the local Facebook group.

I am a member of three of these groups myself, and, without naming them, two are for the town in which I live, while the third is for the village where I grew up – and now commute to work every day (well, at least I did until lockdown was initiated).

You may belong to one (or more) local groups yourself, for your own particular town or village, and no doubt you will come across the same idiots that I do on a daily basis, namely:

If you are unsure what I am referring to with that last point, the chances are you may be guilty of it yourself. However, just in case, and so you can avoid falling into the trap, I have carried out literally seconds of extensive research, and have determined that 95% of all posts on local Facebook groups fall into ten distinct categories – and every single one of them gets firmly up my bottom hole (metaphorically speaking).

So, having collated and analysed them, I have decided I will upload alternative piss-take versions over the coming weeks, and there is not a damn thing anyone out there can do to stop me (well, assuming I don’t get banned from said groups for being too acerbic, and as long as the wife will let me).

Anyway, in no particular order, the ten categories of local Facebook Group post (with my alternative versions underneath) are as follows:

The frequency with which local pet owners lose their animals is, quite frankly, appalling.

My version: ‘Has anyone seen this cat? Oh, he’s not mine, but just LOOK AT HIS FACE!’ or ‘I’ve just found this dog. I’m not sure who he belongs to, but I kinda like him, so he’s mine now.’

I see this posted on a daily basis.

My version: ‘What’s the best Chinese? I know someone asked yesterday, and the day before that, and every day for the previous year, but I just wondered if anyone’s opinions had changed in the last 24 hours? Plus, I can’t be arsed scrolling back through the seventeen posts about missing cats since yesterday.’ 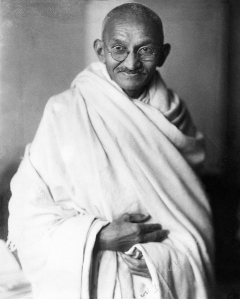 Oh, sure, that makes you sound employable.

My version: ‘Any job’s goin round ere? I no know won rely adverts on here, but will do anything. Am hard working so long as u dont mind Iv tiped this with me fourhed am able to start in too weeks. Carnt start before as its two nice out lol.’

#4 – ‘Parents. Do you know where your teenager is tonight?…’

They then proceed to rant about the latest bit of anti-social behaviour they have encountered around town, often with no proof whatsoever that it was actually caused by teenagers.

My version: ‘Parents. Do you know where your teenagers are tonight? If not, there’s a good chance they’re locked in my garage, because I spotted some rubbish outside McDonalds earlier and decided it must have been dropped by teenagers – so I’m now driving around bundling any teenagers I can find into my van.’ 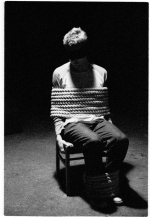 I’m not surprised. It’s hardly the most wholesome hobby.

My version: ‘Just found some dog shit on the pavement again. The next dog owner I see letting their pet crap in the street without picking it up, is going to find me wandering over, collecting the offending turd myself, and then ramming it up their fucking nose, mmkay?’

They then go on to write something which almost always contravenes the site rules, gets promptly deleted, only for them to post again later the same day bitching about their original message being taken down, and demanding an explanation from ‘admin’.)

My version: ‘Sorry if this isn’t allowed but….. aren’t boobies ace?’

#7 – ‘I hope the person who left this rubbish by the side of the road is happy. Fly tipping is illegal. It makes me sick.’

This is almost always accompanied by a photo of a kitchen appliance in a hedge.

My version: ‘I hope the person who left this rubbish by the side of the road is pleased with themselves. I lugged the microwave all the way home on my bike, and it doesn’t even fucking work, so I threw it in a hedge.’

#8 – ‘Here are some pictures I took of a sunset / lightning storm / some flowers.’

My version: ‘Look at these photos I took of this evening’s lightning storm. You probably saw it for yourselves, and if not I’m sure you’ve seen lightning before, but I crave your attention and want you to worship me for successfully operating a camera.’

I will then upload a photo I have clearly taken from Google, for example:

#9 – ‘To the person who hit my car outside Waitrose this afternoon. I will give you until the end of the day to own up before I will be contacting the police.’

My version: ‘Some fuckbag hit my car outside Waitrose today. I was going to post a threat giving them until tomorrow to own up, but not only has that never worked in the history of Facebook, the Police would do bugger all about it anyway. Oh, and on the basis Waitrose didn’t have CCTV when someone’s car got hit yesterday, or for any of the previous daily accidents in their car park, don’t bother asking if I’ve checked.

#10 – ‘Does anyone know [insert name]? I’ve received this letter/parcel for them.’

This post is always accompanied by a photo of a package where the sender has omitted 80% of the vital information needed for it to reach the recipient, and the postie has evidently given up and pushed it through the first remotely similar letterbox.

My version: ‘Does anyone know [insert name]? I’ve received a parcel for them, and it looks really interesting, so I’m going to open it and keep the contents. If you know them, tell them ‘tough shit’ from me.

Alternatively: ‘Does anyone know [insert name of someone you don’t like]? I’ve received a giant parcel from Ann Summers which is addressed to them, and the contents are vibrating like fucking crazy, so I don’t know whether to open it or not?

That should keep me entertained for a few weeks at least.