Not only is it a seemingly endless source of music videos, sporting clips and comedy, but, in our house at least (and I suspect many of you with children will agree with me here), it’s like a third parent.

I am well aware that leaving children glued to a laptop or tablet for hours on end is generally frowned upon by so-called parenting ‘experts’, but either these experts don’t have children themselves, or at least they don’t have our children. And, until they have spent some prolonged time with our boys, they will never understand why just a few hours of peace and quiet is such a blessed fucking relief.

I defy anyone to sit there and listen to Ollie relentlessly prattle on about football players even the most die-hard of fans couldn’t give a flying shit about, or have Isaac scream directly into their face for an entire afternoon, without accepting that just a little bit of quiet time watching YouTube is a bad idea. What would the experts prefer, a child who spends a couple of hours glued to football / music clips, or a child locked in a garage because their increasingly agitated father cannot take it anymore?

Besides, I’ve looked online, and contrary to what our own parents would have had us believe back in the day, there is not one single scrap of medical evidence out there to support the suggestion that prolonged exposure to television and computer screens makes our eyes go square. Even the ‘flat-Earthers’ would struggle to get on board with that bollocks. 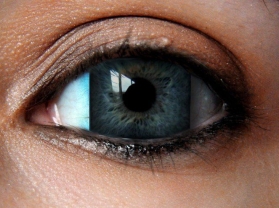 So, now that we are all agreed that I am in fact an exceptional parent (I was only joking about locking the boys in the garage – I’d never trust them near my archived CD collection), and I have persuaded you all that YouTube is a perfectly acceptable parenting tool, let me explain why I now regret the day I introduced Isaac to it.

The problem, you see, is that he has somehow discovered a musical group called the ‘Haschak Sisters’. 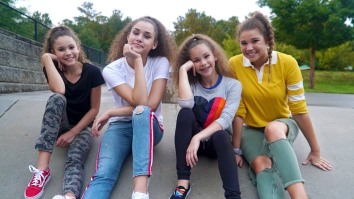 If you are unfamiliar with this horrendous assault on the world of music (and, if you have young children like me, I pray that your kids never discover them), the Haschak Sisters are a group of siblings who share the same surname – Haschak. Ok, I suspect you could have worked that out for yourselves, as the clues are all there, but ever since I discovered that Shakespeare’s Sister were neither siblings, nor related to ‘The Bard’ in any way whatsoever, I’m not sure I know what to believe any more.

So, assuming you haven’t yet watched any Haschak Sisters videos (because, let’s face it, you’re reading this, so you clearly haven’t yet scratched your own eyes out and smashed every internet-accessing screen in the house), there are four of them: Madison, Gracie, erm….. Tito and Jermaine (look, I don’t know all their names, and I didn’t want to spend too long researching them online in my lunch break, in case the boss is monitoring my browser history for any reason – and, if he is, I suspect he’ll be making contact with Holly Willoughby’s people and/or the police, any time now).

All I know is, the Haschak Sisters do write and perform some of their own songs, but are perhaps better known for destroying cover versions of pop songs which were frankly shit the first time around, when recorded by the original artists (notable examples being ‘Worth It’ by Fifth Harmony, and ‘Sorry’ by that colossal bellend, Justin Bieber).

If you don’t believe me, check out their playlist on YouTube, and you will see that, with the exception of ‘Uptown Funk’ (which I happen to like), there is not a single decent song among their back-catalogue of disastrous cover versions.

Even more bizarrely, the sisters (or their agents) have inexplicably chosen to cover a number of songs with rude lyrics, which they have then had to alter due to the fact the youngest sister is only 13, and it would be considered poor taste for her to be singing about her ‘lady lumps’. I mean, would you feel comfortable if your teenage daughter was dancing around singing:

Get you love drunk off my hump

It’s not exactly The Beatles, is it? And, because of the nature of the song (there is a subtle sexual undertone to ‘My Humps’ which evades some listeners, but I spotted it), the sisters have altered the lyrics to ‘my pumps’, so it makes even less sense than the diabolical original. Which begs the question, was there really nothing better they could have chosen to cover? Even if they had their hearts set on singing a Black Eyed Peas track, ‘I Gotta Feeling’ would have surely been more suitable. I’m honestly waiting for them to cover ‘Candy Shop’ by 50 Cent at some point (see, folks, I can be current and trendy when I want to be).

If it helps to visualise how bad they are, imagine if Hanson and Jedward formed a terrifying, hair-obsessed ‘super group’, then performed dreadful cover versions of shit songs while dancing around in bright clothing and cheesily grinning at the camera, to the point you would honestly think their jaws had been wired that way permanently. Then imagine them even more high-pitched. 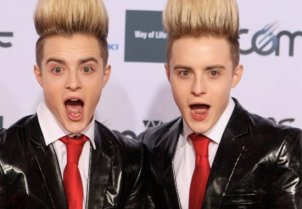 The worst part is, the Haschaks have somehow brainwashed over seven million YouTube viewers to subscribe to their channel, all of whom seem obsessed with this irritating girl group, whereas I recently crawled past two thousand followers after years of hard blogging (don’t get me wrong, I’m fucking delighted to achieve that milestone, but it’s not exactly going to allow me to quit my job to become a full-time writer now, is it?), and the disparity doesn’t seem fair. I’ve honestly given consideration to performing my own screechy cover versions of terrible songs, if that’s what it takes to achieve fame these days.

I’m not even sure how Isaac discovered them, but I rue the day he did, because now, from his waking moment, until the time his eyes finally drop in the evening, he wants to watch their videos constantly, and it’s driving me insane.

Worse, he now dances around the house singing ‘Baby I’m Worth It’, which, as we all know, he bloody well isn’t. Thank goodness he doesn’t have any lady lumps to boast about.

In desperation, I tried to convince him this week that Daddy’s new phone doesn’t have YouTube on it, and he will always have to use Mummy’s phone to watch the Haschak Sisters as a result; but either he spotted the logo on my home screen, or the wife grassed me up, because he’s not falling for it.

I suppose I could put a stop to it, by hiding the laptop, tablet, and my phone, but then I’ll have to deal with him whining for snacks, or beating the living crap out of Ollie instead, so this is honestly the lesser of two evils if we want some peace and quiet.

And, besides, at least it’s a welcome break from The Greatest Showman.