Well, it’s December, and that can mean only one thing – it is now acceptable to discuss Christmas.

I know some people begin getting all festive well before the final embers have fully died out on the bonfire, but, as far as I’m concerned, you should wait until midnight has ticked by on 30th November before you scoff that first mince pie, or even consider braving the loft to retrieve those Christmas decorations (which, incidentally, I am convinced I only shoved back up there about a month ago).

We all know Christmas is a magical time, particularly for the kids, but the real magic of Christmas, is that it is the one time of year when anything goes. You will eat, and drink, and behave like a totally different person from now until Boxing Day, all with one simple excuse – it’s fucking Christmas. Christmas is like a month-long ‘Get Out of Jail Free’ card. In short, at Christmas time, the unacceptable suddenly becomes acceptable.

Here are seven examples of unacceptable Christmas behaviour, that no right-minded person would even contemplate at any other time of the year…. 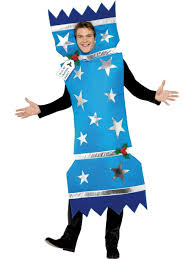 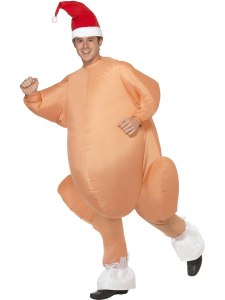 There are only two categories of adult human being who consider fancy dress as normal acceptable behaviour – actors, and the medically unstable.

Look, I am willing to turn a blind eye when it comes to Halloween, because I get that some parents will dress up with their kids, and I suppose the occasional stag/hen party is permissible, so long as they show some imagination (although, the last hen party I encountered – in Stockport – had clearly opted for the theme ‘drunken slags’) but, for the remainder of the year, fancy dress should be restricted to children only.

Not at Christmas though. Oh no. Once 1st December arrives, all bets are off, and you won’t make it through a twenty-four-hour period without encountering a Santa Claus, a ‘Mrs Santa’ (note for the ladies, not all of you can actually carry off a ‘sexy’ Mrs Santa outfit, so proceed with caution), a snowman or an elf.

I should know, because I hate fancy dress, but if you are reading this on the day of publication (Friday 7th December), then I am currently dressed like this for the Alzheimer’s Society’s ‘National Elf Day’ (which I’m pretty convinced my colleague made up, to make me look like a twat in front of my clients):

As you can see, I’m delighted about this. Ah well, it is Christmas, I suppose.

Plus, I guess some festive fancy dress is ok…..

No one in their right mind would consume these evil little balls of foulness at any other time of the year, so why do we allow them to infiltrate our dinner plates come Christmas? They smell of fart, they taste of fart, and they make you fart.

And, before you pipe up with ‘I honestly like them!’, no, you fucking don’t. You’re either lying to yourself (and the rest of us); or, worse, you honestly believe you like them, in which case you are a danger to society, and should be quarantined post-haste. See also: granola, kippers, olives (black and green).

Sprouts are awful, and disgusting, and my dinner plate come Christmas Day will be absolutely crawling with them. Because I wouldn’t have it any other way. 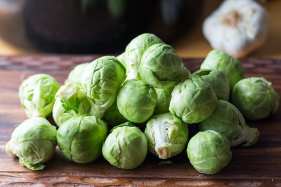 “Shall we put some Mariah Carey on?”

“Shall we put some Mariah Carey on?”

“I-I-I DON’T WANT A LOT FOR CHRISTMAS, THERE IS JUST ONE THING I NEEEEEED!”

For eleven months of the year, I will hazard a guess that your daily breakfast consists of something like cereal, or toast, or fruit. Now and again, you may treat yourself to sausages, bacon, or eggs – or even all of the above, in that most glorious of treats, the full English breakfast.

But this is nothing, and I do mean nothing, compared to Christmas Day itself. On Christmas Day, all sense of decency vanishes, and sheer, unadulterated gluttony takes over, as you devour an entire Terry’s Chocolate Orange, or half a tin of Quality Street (orange creme, thanks for asking) before 7am.

Even at Easter, a religious holiday now seemingly devoted to chocolate (amazing how the chocolatiers – and, to a lesser extent, the bunny community – managed to wrangle control of that one), most sensible adults wouldn’t dream of scoffing every last bite of a giant Toberlone before sunrise, yet at Christmas we seemingly think nothing of it.

Assuming you are not an alcoholic, then, aside from Christmas, there are only two other occasions when drinking alcohol first thing in the morning is considered acceptable: at an airport about to fly away on holiday, and on your wedding day (when the bride may have a glass of champagne with her Maid of Honour, plus any bridesmaids of sufficient maturity, while the groom will invariably neck something a little stronger, to numb the pain of the horrible mistake he is about to make*).

However, it is not the timing of the alcohol consumption which really worries me about Christmas, it’s what we drink. For example, at no other point throughout the year, would I even entertain the notion of sipping a glass of sherry of an evening, but I can easily clear a bottle by myself during Christmas week alone.

Look, I know it’s not a manly drink in the slightest, but I don’t think downing a litre of Harvey’s Bristol Cream in the last week of the year is going to make me seem any camper than I already am, so I’m not overly concerned. 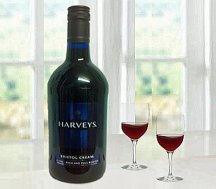 Then, ladies and gentlemen, we have eggnog. What in the name of all things sacred is eggnog? And don’t say ‘Advocaat’, because we both know full well you haven’t got a fucking clue what that is either. You can’t explain one mysterious drink with another mysterious drink.

Even the name concerns me, because no alcoholic beverage should ever feature the word ‘egg’ (or, for that matter, the word ‘nog’). A nog, for those unaware, is a small block of wood. Nowhere else in the off licence would we accept a drink with a name formed from a dairy product and a small block of wood. Anyone fancy a quick cheese-peg or cream-wedge? No, didn’t think so.

And don’t even get me started on mulled wine.

I don’t watch soap operas, apart from with my mother-in-law at Christmas. I don’t tend to watch reality shows, except at Christmas. And, even though I don’t mind the Queen, if someone offered me the option of watching a woman in her 90s give a meaningless speech in June, or July, or even on any other day in December, I’d politely decline or make up an excuse not to.

But, this is Christmas, and so help me God I need to find out who shot so-and-so on Corrie.

Christmas has been almost entirely commercialised, whether you agree with that or not. But, for someone who has never been a huge fan of shopping anyway, schlepping around stores looking for gifts at the same time as the rest of the country is not my idea of fun. In fact, I would far sooner drizzle my gentleman’s area with honey, then dangle it in front of a bear’s face.

Yet, people seem to tolerate – no, love – pushing their way from one shop to the next in the build up to Christmas, fighting to grab those last minute gifts for relatives you don’t even like, and won’t see again until the same time next year (if any of my relatives are reading this, I don’t mean you, obviously).

Even my wife, who treats Christmas shopping as her all-time favourite sport, and who once spent three days straight buying gifts in the Trafford Centre (honestly, we had to set up a ‘base camp’ outside Clintons), now avoids the place once December starts. It’s ridiculous. The Trafford Centre is so vast that it is twinned with Luxembourg, but if you visit on a Saturday throughout December, you won’t find a spare parking space among the 47,000 available if you don’t arrive before 9am. 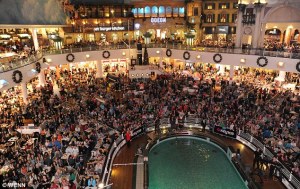 No, I much prefer to do my Christmas shopping in my underwear these days*, and since the Trafford Centre kicked me out the last time I tried it there, I now purchase nearly all of my gifts online. Not that I have many to buy, as my wife takes control of purchasing for most of our family.

Of course, nowadays we also have the ‘Christmas Markets’ to contend with, where cities and towns have taken the concept of crowded shopping, and moved it outdoors into the freezing cold.

Never mind, at least we can all stay warm with a steaming cup of disgusting hot wine.