You may have seen in the press recently, that the Royal Mint have released a series of limited edition 10p coins, and they are set to become collector’s items. No doubt, idiots around the country will be paying hundreds of pounds for that missing 10p coin to complete their collection, failing to understand the sheer lunacy of paying a lot of money for something that is essentially worth…. well, 10p.

There are twenty-six to find (one for every letter of the alphabet), each representing something that makes Britain great. Like an A-Z of Britishness, if you will. 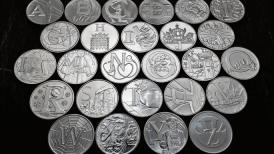 I’m not sure who made the final choices, but I sincerely hope they paid them in (normal) 10p coins, because – with a few exceptions – their selections are largely bollocks (actually, ‘bollocks’ isn’t a bad suggestion for ‘B’, as it’s about as British as a word can get).

Anyway, here are the twenty-six official symbols of Great Britain, together with my alternative (i.e. correct) suggestions for each letter….

A – Angel of the North

The Angel of the North is quintessentially British, but that’s because it is, frankly, a bit shit; and there is nothing quite so British as doing something worse than everyone else. The French have their Eiffel Tower and Arc de Triomphe; the Italians their Colosseum and Leaning Tower; and the Americans have The Empire State Building and One World Trade Center in just one city.

The Taj Mahal, the Guggenheim, Sydney Opera House, The CN Tower, St. Basil’s Cathedral…. nearly every nation in the world has an impressive structure, but we get the fucking Angel of the North (which looks neglected at best).

Much better. My only criticism, is that it should be ‘Bond, James Bond’, rather than just his surname. Heaven forbid, people mistake this as referring to a monetary device; journalist/presenter Jenny Bond; or, worst of all, something to do with kinky sex.

My choice: Bond, James Bond – although I’m slightly surprised Brexit didn’t make an appearance, since that’s what everyone associates with us right now.

I’m torn. Even I have to accept cricket is very British, but – much in the same way the Angel of the North is our country doing something badly – was it really appropriate to pick a sport we’re crap at? Then again, there are no sports we’re good at any more, so at least with cricket we only get beaten by the handful of other countries who tolerate it.

My choice: Clifton Suspension Bridge, Churchill (Winston, not Insurance), or Castles (because, frankly, there are so many we could probably have one each).

Brilliant – let’s pick our transport system to be proud of, shall we? Why don’t we opt for ‘Rail Cancellations’, ‘Gridlock’, or ‘Potholes’ as well? Even Double Decker chocolate bars would have been preferable, and they’re vile.

My choice: Dunking biscuits in tea. No one dunks like the Brits.

Not a bad choice, but I would argue the rest of Britain makes a breakfast with most, if not all, of the same ingredients. This smacks of English arrogance (said as an Englishman myself), when the list is meant to be about what makes Britain great. This should have been included under F, for ‘fry up’.

My choice: Well, it won’t be ‘Europe’ or ‘Economy’ for much longer, so I’ll have Edinburgh Castle.

Can’t fault this choice (and can’t bring myself to suggest football).

Ridiculous. Ok, Brits were once responsible for helping everyone to tell the time, but even by our pompous standards we need to let this go.

My choice: Either the beautiful Giant’s Causeway, or how about a thoroughly British insult, like git, or gobshite?

I can see why this was a popular choice, as it’s an iconic a British building, but all the Houses of Parliament have ever brought us is misery.

My choice: Harry Potter, or Harvest Festival (because nowhere else, will you find children collecting crap tins of food no one will ever eat, to give to people who probably don’t want them)

Can we really claim ice cream as ours? (clue: no). Wikipedia isn’t always 100% reliable, but I’ve just checked and it was the Ancient Greeks who seemingly invented an early form of ice cream, before the Persians, then the Chinese got involved. Even the Italians, who have a far better claim to ice cream than us, didn’t wade in until a few centuries later. Does adding a tasteless stale cone make it quintessentially British? Actually, it probably does.

My choice: Inventors, or Industry. 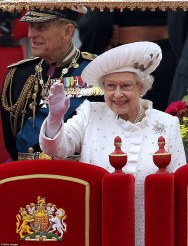 We aren’t the only nation to celebrate milestones. Admittedly, the Queen has racked up an impressive stint on the throne (much like myself, following an all-you-can-eat carvery last weekend), but this is the equivalent of selecting ‘Anniversaries’.

My choice: Jam. Yes, I’m aware other nations favour the sticky fruit, but not like us. We worship jam.

I don’t have much of an issue with this one, but I’ve opted for the most British of minor conflicts….

You could argue London is more symbolic of our nation, but having already criticised the list for being too English, and ignoring our Celtic neighbours, I think this is fair.

Does this refer to Scottish architect and artist Charles Rennie Mackintosh, or the waterproof coat invented by, rather confusingly, Charles Macintosh? It matters not, because nothing screams weird Britain like that most hated of traditions….

The largest number of oak species worldwide are in…. North America (thanks again, Wikipedia). I may be wrong, but I don’t believe people immediately associate oak trees with Britain. 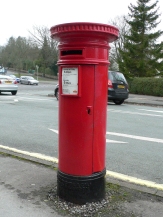 Whilst the traditional red post box is generally associated with Britain, we can hardly lay claim to post boxes in general (the first examples were found in Paris – see how much we’re learning this week?); so this is another example of trying to pass something off as our idea, when it really wasn’t.

Far better to pick something that, whilst also not solely British, there can be no doubt we do it best…

I’m amazed they didn’t choose the Queen, and can only assume the reason is that she’s on all our money anyway, so if you happened to find one of these new ‘Q’ 10p coins in your change, it would rather fuck up a game of ‘heads or tails’.

Agreed. We can’t resist a queue. 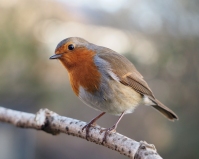 Cute little ginger birds. Then again, so was Lulu, and she hasn’t made the list. The thing is, yet again these aren’t exclusive to Britain (although it appears to be only us who call them Robin Redbreasts, because we’re a bit odd), and I’m pretty certain in my 38 years, I can count the number of robins I have seen on one hand.

My choice: I would argue we are better known for either our Royals, or, sadly (from what I see almost daily in the press), Racism. Still, if the coin portrayed Prince Philip, we’d have both bases covered.

We can’t really choose just one of our patron ‘Saints’ (George, Andy, Dave or Paddy), so even though I found Stonehenge to be a rather small and underwhelming erection (something I am all too familiar with), I’ll allow it.

Clever. They knew we couldn’t claim that tea was our idea, even though the entire world thinks that we sit around all day drinking it (ssssh, don’t tell them it’s true, we still have a shitload of trade deals to negotiate), but the teapot is very British. Ok, only 2% of the population actually use one*, but it’s an inspired choice. I mean, it’s not my choice, but it’s inspired nonetheless.

My choice: Tower of London, or Three Lions (either the national football team’s motif, or the 1996 song by Baddiel and Skinner)

* entirely made up statistic.

Well, I can’t think of anything better. Apart from perhaps Una Stubbs, but I don’t imagine they’d stick Aunt Sally from Worzel Gummidge on a coin.

Agreed – although if one more person says ‘did you know, it’s only called the Union Jack when it’s flown at sea?’, I will not be responsible for my actions.

I was struggling to think of anything better for V, so I genuinely searched online and found a website offering an ‘A-Z of Britishness’. Their suggestions? Vacations (a word no Brit ever uses), or Vikings – who were, frankly, about as British as ABBA (although slightly less irritating).

My choice: Village idiot. We all have one (if you don’t know who the idiot is in your village, it’s you).

Arguably the most significant invention for centuries, and one of ours came up with it. Ha, screw you, rest of planet Earth. Still, W offers such a delightful opportunity for some childishness, I am tempted to opt for a string of British insults: wally, willy, wazzock and, naturally, wanker.

My choice: Oh, go on then, World Wide Web. I just wish it had been invested by someone cooler than Tim from Oxford.

Absolutely not. Ok, X-rays aren’t ours (Germany), and the Xylophone was apparently from Asia, so I’m admittedly running low on words beginning with X (from all the picture books I read as a toddler), but, if nothing else, even ‘X-Factor’ is better.

My choice: Screw it, X-Factor

I can see why they opted for Yeoman for Y, rather than Beefeater for B, because most Brits now associate the latter with a chain of pubs that do moderately priced food. Plus, they’re very British.

A means of crossing the road, based on a series of simple white lines painted onto black tarmac. Ignored by BMW and Audi drivers alike, resulting in the statistic that 14% of all road crossings end in injury or death.*

* Again, completely made up.

In hindsight, I haven’t disagreed with as many as I initially thought, but I still think they should have consulted me before going blindly ahead with this.