On Sunday evening (well, it mostly the early hours of Monday morning), I watched my first ever Super Bowl – between the New England Patriots and the Philadelphia Eagles, at the rather comical looking U.S. Bank Stadium in Minneapolis.

My only previous experience of American Football, was when I collected a series of NFL key rings as a child. Our local ice cream man (who, to my knowledge, still visits the road I grew up on to this day, despite the fact he – and his van – must be older than The Queen), had packets for 10p, in which you would get a random American Football shirt on a key ring, and a bubble gum. For 10p! You can’t even get a fucking Freddo for that these days.

To this day, trading my pristine San Diego Chargers key ring, for a tatty Miami Dolphins one (it might even be the example in the picture above) – purely because it was the late ’80’s, and the Dolphins was the team everyone at school had heard of – remains one of my biggest ever regrets.

Anyway, what’s done is done. The fact is, I’ve been meaning to stay up and watch the Super Bowl for a few years now, not through any particular love of American Football (or, as they call it over there, ‘Football’ – despite a fundamental lack of any foot-to-ball contact for the vast majority of the game); but because it feels like an important event that you should witness at least once in your lifetime (like a royal wedding, the inauguration of a President, or a ‘super blue blood moon’ – which, I have since discovered, has absolutely fuck all to do with Harry Potter).

Such is the importance of this particular event, they always get a celebrity to sing The Star-Spangled Banner at the beginning, and this year they got Eddie Izzard (or it may have been Pink, it’s getting increasingly hard to tell). This gives you some idea of the national (if not, global) significance of the Super Bowl, so you get the sense it is something worth watching.

The difference here, of course, is that most other global events are usually capable of being viewed at a sensible hour; whereas the Super Bowl doesn’t even start until nearly midnight in the UK, so to watch it requires not only an ability to survive on very little sleep the following day, but also a complete disregard for your job (assuming you’re not one of those idiots who wastes some holiday entitlement to sleep in the next day).

Whilst I undoubtedly possess a fundamental indifference towards my job, I cannot afford to lose any more sleep than I already do (or, for that matter, a precious day of holiday), so I am ashamed to say I didn’t make it all the way to the end of the game.

In fact, I didn’t even get as far as the half-time show. Granted, had the half-time show featured Katy Perry (before the stupid hair cut) rather than Justin Timberlake, I may have been inclined to stay up (in more ways than one), but the fact of the matter is I valued my sleep more than any desire to watch the game until it’s – by all accounts – thrilling conclusion. 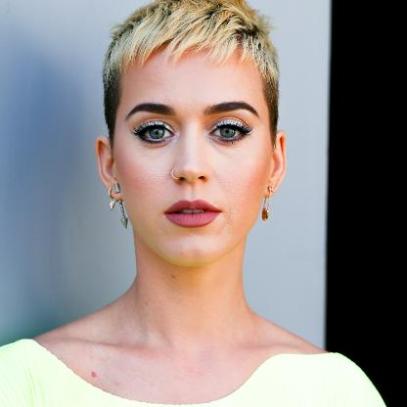 Nevertheless, I saw enough to broadly follow what was happening, form an opinion of the event (and sport) itself, and choose my favourite team (of the two on show). I also promised myself that, one year, I’ll make it all the way to the end – then again, I’ve been saying the same to my wife for several years now.

I know my lack of stamina will be disappointing to some (behave), but in my defence – or, as the Americans would say, ‘defense’ (pronounced dee-fence) – this is a game which appears to be an hour long, in that it comprises four ‘quarters’ (which is the standard quota for quarters, usually) of fifteen minutes each, yet the entire spectacle somehow drags on for nearly four times that. For those struggling with the maths (or, ‘math’), that’s four hours of sport.

Four hours. I’m pretty certain my interest would start to wane after just two hours of women’s beach volleyball; so watching four hours of over-sized jocks running into each other, grunting and high-fiving, isn’t my idea of a sporting spectacle.

But the hour or so that I did watch was quite enjoyable, and by the time I retired to bed, I had a slightly better knowledge of how the game works. Until the weekend, for example, I wasn’t aware that only half of each team takes to the field at any one time (one side fields their offense against the other’s defense, and then they swap over), and I also learned more about the quarters and ‘downs’ that had previously baffled me. Admittedly, most of this knowledge came from a quick scan though a ‘Beginners Guide to American Football’, which was primarily aimed at children, but I figured that was pretty much my level.

Previously, I had assumed that when the commentators referred to the ‘3rd down’, that was the number of casualties currently lying on the field at the time. I would find myself thinking of course he’s fucking down, he’s just taken a direct impact to the skull, from a man who appears to be the same size and weight (and speed) as a Range Rover. He should be grateful he’s only down, and not deceased.

In actual fact, a ‘down’ refers to the attacking team’s opportunity to try and advance ten yards further up the field, towards their opponent’s goal line. If they fail to achieve that ten yards, they relinquish possession of the ball to the defending team. Quite why they chose to call this a ‘down’, rather than perhaps an ‘attack’ or an ‘advance’, is beyond me.

It doesn’t stop there, either. Rather than have a Captain, or even a ‘Main Thrower’, they have a ‘Quarterback’. Then, if someone makes it all the way to the opposition’s goal line with the ball, they score a ‘touchdown’, even though they don’t have to physically touch the ball down in order to collect the requisite points.

Frankly, aside from the fact the zone at the end of the pitch is sensibly called the ‘End Zone’, the rest of American Football is just jargon that bears no resemblance to the player, act, or area of the pitch involved.

It’s not often it’s the Americans using overly complicated and inappropriate words to describe something – their vocabulary is usually far more straight-forward and logical than ours. How dare they steal our thing?

Still, despite the confusing terminology (which, I’ll admit, was rather fun to try and decipher), and the excessive number of ‘time-outs’ – which seemed to result in no player having to exert himself for more than thirty seconds before getting a well-earned break – I consider my inaugural Super Bowl something of a success.

Admittedly, I didn’t even make it until the half time show, which is supposedly a highlight (although, to be honest, I had heard rumours than Janet Jackson might join Justin Timberlake on stage again, in a repeat of the ‘nipplegate’ atrocity of Super Bowl XXXVIII from 2004, and the last thing I wanted to see at 1.30am was a 51-year-old woman’s ‘spaniel ears’ flopping around on stage), but I’ve given myself a firm basis for trying to make it to at least the half-time show next year, and perhaps even all the way to the end the year after that. 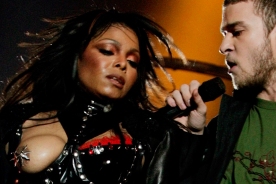 Best of all, my team won! Ok, I based my support partly on the fact the Philadelphia Eagles were considered massive underdogs (and being a Stockport County fan means I will always back the underdog), and partly on the fact I preferred their jersey (it was a delightful teal colour, which, after several rum and cokes, I even contemplated buying – if it weren’t £62) but my first ever Super Bowl ended in success.

Shame I slept through most of it.