This afternoon, I am taking Ollie on a surprise trip for the weekend…. to Barcelona.

The main reason for going, is that tomorrow evening we will (hopefully) watch Barcelona play Malaga at the famous (and enormous) Camp Nou stadium: 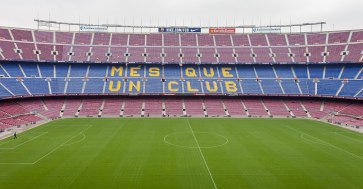 Like many kids his age, Ollie is obsessed with Barça, and in particular a certain footballer by the name of Lionel Messi (who, by all accounts, is rather good).

The last time a Lionel was this globally popular, it was either Mr Richie (of pop music fame) or Mr Blair (of tap dancing, and Give Us A Clue ‘fame’), throughout much of the 1980s. 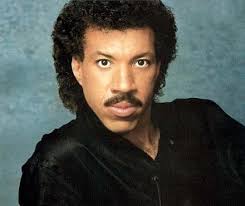 In fact, a cursory glance through the dark abyss of Google, reveals that after Messi, Richie and Blair, the fourth most popular ‘Lionel’ search is for Lionel Logue who, let’s be honest, no one has heard of (apparently, he was an Australian speech therapist, who treated King George VI in the 1920s).

After that, there is only one other Lionel of note (Canadian athlete, Sanders) before Google assumes your chubby little sausage fingers have failed, and what you really wanted was ‘Lion-O’ from Thundercats. 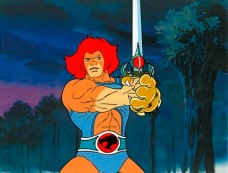 Whilst Ollie has no idea about our trip (although he will by the time most of you read this), it was essentially his idea. By that, I mean he asked me to take him to Barcelona a few months ago, to watch his idol in action, but I told him there was no chance, as it was too bloody expensive (plus, I didn’t want him realising how woefully shit Stockport County are). Don’t get me wrong, I love treating my boys, but I draw the line at extravagant jaunts abroad, purely to watch a football match.

To Ollie’s credit, he knows that he will never get what he wants by begging, especially when I have already – very firmly – said no, so he accepted the trip wasn’t going to happen. As far as he was concerned, the dream was over.

Then, one night, I decided to investigate what it would actually cost, more out of curiosity than anything else – and because, deep down, I kept thinking how fucking cool it would be to watch a match at the Camp Nou.

I wouldn’t say that I was pleasantly surprised by what I discovered, as the total cost (once I added together the tickets, flights and accommodation) was roughly what I had expected, but the more I thought about it, the more I badly wanted to go myself. I began to imagine his little face, as I told him we were going to Barcelona, to watch the one man he would happily swap his own father for. I cannot wait to see his reaction.

The more I weighed up the expense, against how happy it would make him (and, by association, me), the more I adopted a ‘fuck it’ mentality. After all, he won’t always be this excited about something (in just over five years, he will be a teenager, and then he won’t be enthused about anything), and you never know what is around the corner.

Look, I don’t intend to be morbid, and I don’t want you thinking I have recently received bad news regarding my health (which, unless the wife has been intercepting my mail, I most certainly have not), but you need to make the most of life while you can, and if that means splashing out on a city break to make my son’s year, then so be it.

In the end, whilst I was pretty much convinced we were going, it was a conversation with Ollie a few months ago that eventually made up my mind:

“Daddy, have you heard Messi might leave Barcelona next summer?”

“Yeah, he’ll be out of contract and might go to Man City. So, we could watch him play there instead!”

Fuck that. I would rather re-mortgage the house, to cover the cost of going to Barcelona first class, via Dubai, than take my son to that pathetic moneybags excuse for a football club. Right there and then, I decided we were off to Barcelona.

When I looked at the fixtures, I realised Barça tend to play on Sunday evenings, which meant I would need to wait for a school holiday (not that I particularly wanted to try and squeeze the trip into a term-time weekend anyway). Then, the more I investigated, I realised that there was only one workable fixture – against Malaga, on Sunday 22nd October.

Tickets for Barcelona matches vary wildly in price. The cheapest seats – understandably – are right up in the Heavens, so I decided early on that I would rather spend a bit more to get a good view, and avoid the onset of crippling vertigo. After all, we’re only doing this once.

Having chosen the price band I wanted, I counted down the days until the tickets went on sale, and then quickly purchased two (and I’m glad I did, as I checked back half an hour later, and could no longer find two seats together – we don’t tend to get that problem inside Edgeley Park).

In terms of our flights, I was initially tempted to book with Ryanair, but three things changed my mind:

In the end, it worked out considerably cheaper to book our flights with different airlines, and because I was already struggling to stay within budget (plus, the flight times were much better), I decided the extra admin was worth it.

I then found a nice – albeit basic – hotel, just off Las Ramblas, and booked the Saturday and Sunday nights to complete our trip.

I’d done it. I had successfully arranged a three day trip to Barcelona, for my son and I to see the (current) greatest footballer in the world in action. All I had to do now, was hope Messi didn’t suffer an injury in the intervening six weeks, because surely that was the only thing which could possibly ruin our visit?…

Just a couple of weeks later, I realised how close I had come to making a serious error with our flights, when Ryanair revealed to the world they had committed what, in business terms, is known as a ‘monumental fuck-up’, by arranging for all their pilots to go off on holiday at the same time. Genius.

The news got better, too (well, for me, anyway), because soon afterwards, Barça revealed they were switching the match to the Saturday night after all. I had come so close to booking with Ryanair, and now not only was there a good chance that flight was cancelled, even if it did go ahead, it wouldn’t have got us to the match in time.

Now, just in case you haven’t heard, and missed the sarcasm in that last sentence, a few weeks ago Monarch airlines ceased trading (with very little warning). Yes, I had booked our flights with an airline that seemingly had plenty of pilots, and would certainly get us to Barcelona in plenty of time for the match, if only they weren’t about to go out of fucking business.

To cut a long story short, in the last two weeks I have had to not only re-book our outbound flights with yet another airline (at considerable extra expense), but because there were no alternative options on the Saturday, I have had to switch our travel plans to fly today, Friday, a day earlier than I intended. This meant, in turn, that I also had to book an extra night in a different hotel for tonight (our original hotel, where we are staying tomorrow and Sunday, is unfortunately fully-booked).

To make matters worse, I had booked the Monarch flights on my debit card, which offers me no financial (or ATOL) protection whatsoever, and it remains to be seen whether I will ever get the money back.

The upshot is, I have now spent more than twice my original budget, but I keep telling myself that it will be worth it when we get there, and surely nothing else can possibly go wrong?

Oh, hang on. I forgot to mention (and you may have noticed), that Barcelona is currently experiencing considerable civil unrest, following the recent Independence Referendum, which has not only divided Catalonia, but the whole of Spain. Generally speaking, when taking your timid seven-year-old son away for the weekend, it’s best to try and avoid violent protests, riots, water cannons and rubber bullets. If I’d wanted that kind of excitement, I could have taken him to Stoke.

In fact, such is the current turmoil in Barcelona, the last league match at the Camp Nou ended up being played behind closed doors. Imagine travelling all that way, and not being allowed into the stadium for the match.

As I type this week’s entry, I am still worried that our trip could ultimately turn out to be one of the most expensive mistakes I have ever made (even accounting for my questionable car history). Or, it could end up being one of the best things I have ever done, and the most amazing collection of memories for my son and I.

You’ll have to wait until next time to find out (or, just watch the news over the weekend).

One thought on “Blogelona – Part I”