This week’s entry is being hurriedly typed the day before, because I feel the need to tell you about the legal conference I attended on Wednesday.

I know what you are thinking, and, yes, finding the humour in a legal conference, is about as likely as finding an immigrant at the UKIP Christmas Party; but I found it, and I want to share it with you. Besides, I had bugger all else to write about this week.

I only found out that I would be accompanying my boss to the annual *firm name removed* Conference that morning, by which time I could not make any alternative arrangements for getting there and back – I had no choice but to drive into Manchester.

This wouldn’t normally bother me, but I knew there was a drinks reception and meal later in the evening, and if there is one thing you need to survive a stuffy legal conference, filled with sinfully boring lawyers (I feel justified in making this generalisation, for I am one), it is the numbing properties of alcohol. If you can imagine undergoing root canal surgery without anaesthetic, then attending a legal conference without booze is very much the same: it is always preferable to be completely numb (and, if possible, unconscious).

As I parked up outside the rather lavish hotel, desperately trying to avoid hitting the very expensive-looking Bentley and Audi on either side of my filthy went-to-Norfolk-at-the-weekend-and-the-kids-destroyed-it VW, I decided this was not going to be a fun day.

Having signed in, I attached my hastily-prepared name badge (they had to re-write it, when I explained that my surname is not, in actual fact, ‘whore’), and was then told of all the excitement the organisers had planned, starting with the opportunity to ‘network’ (verb: to walk around talking to boring people you don’t like, whilst trying to sound interested). 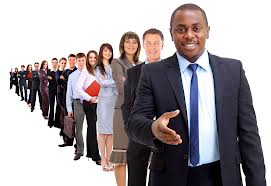 Better still (sarcasm), each time you visited one of the twenty or so businesses dotted around the room – and, by way of illustration, the most interesting (by some margin) was the company selling photocopiers and office furniture – you got a little stamp in your book. Then, at the end of the day, the person with the most stamps would win a prize. Hooray, we were back at school.

Adopting my very finest fuck this attitude, I did eventually (and reluctantly) go and speak to a few businesses, but only because there is a limit to how much Facebook you can check on your phone before people start to notice, and also because I was drawn to their shiny freebies, like a kleptomaniac magpie.

I collected a power pack and plug-in fan for my phone (for those times when you need to make an important call, but find yourself both low on battery and warm of chin), only to discover that the various ‘universal’ connectors didn’t apply to my particular Samsung.  Silly me for having only the second largest selling phone on the planet. Ah well, it was probably for the best, as the fan would have lacerated my face at some point anyway.

Despite succumbing to their enforced business socialising, I did however manage an uncharacteristic act of defiance, by refusing to secure a single stamp in my little book (only to rue my rebellion later on, when I discovered the prize for collecting the most stamps was £100 of Amazon vouchers).

As an additional dollop of salt, into the fresh wound that was my increasingly disappointing day, I then discovered that the Manchester United squad (plus Jose Mourinho) were apparently having a pre-match get together in the next room, and the Bentley I had carefully avoided in the car park, probably belonged to one of them. Opportunity missed.

Having survived the hour-long networking session – which, in my opinion, was 59 minutes longer than necessary, but improved slightly by a buffet lunch that was not only tasty, but which offered the perfect excuse to become temporarily mute – we were then called into the large conference space.

The layout immediately struck me as ‘Wedding reception meets Tory Party Conference’, as there were several white linen tables, encircling a stage adorned with glass podium, pale blue uplighting, and the overwhelming stench of snobbery. 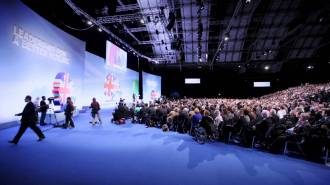 Once we had taken our seats, and following some rather awkward introductions from the host firm – which involved no fewer than four people, who took it in turns to introduce one another, and then say the same thing, amid short blasts of music between them – it was time for the main event.

Following a brief cacophony of what I believe was Coldplay, the first session involved one lawyer ‘interviewing’ another, in a Parkinson-esque chat show format. This was actually quite entertaining, but only because the interviewer didn’t care what he said – although even I winced at the Fred ‘The Weatherman’ Talbot joke, which alluded to his extra-curricular activities with boys, during his time at Altrincham Grammar School in the 1970’s.

Next, after some deafening R&B, came a Q&A session – which was set up like a ‘Comic Con’ film panel, only without any interesting guests, subject matter, or questions. In fact, all the panel really achieved, was taking it in turns to talk about their own achievements, to try and seem more successful than the speaker before them.

“Everyone says how down to earth I am.”

“Yes, well, I made Partner at 27, something which is unheard of at our firm.”

What made this even more unbearable, was the irritating woman sat next to me (you should never judge a lady by her age or size, so let’s just say she was mildly old, and mildly fat), who kept making inaudible comments under her breath, then chuckling away to herself.

To her right, were a couple from the same firm, and the sexual tension between them was frankly nauseating. Not only that, they had decided it would be appropriate to go to the bar beforehand, and bring cocktails in with them (honestly, he was drinking something with fruit in it, and she had a fucking Mojito). They then proceeded to chat loudly over all of the speakers, to the point everyone began staring.

Just when I thought our table could not get any worse, a *lady* arrived approximately 45 minutes late, made a very loud entrance (in a red dress that was way too short for someone clearly flirting with the menopause), and decided to plonk herself directly opposite me.

No sooner had she dropped her suitcase – yes, suitcase – under the table (by this point, I was certain she was a travelling prostitute), she stood back up, walked to the side of the stage in front of the entire audience, and plugged her phone into a socket to charge it.

Our table was honestly so embarrassing, I started looking for the hidden cameras, to see which prank show I was about to be a part of, and which of the characters around our table would turn out to be Ant and/or Dec in prosthetic make-up.

Shortly after 6pm, the conference was brought to a blessed close (despite an advertised finish of 5.15pm), but I still had the *pleasure* of the drinks reception and three course meal. Normally, I would have attacked the free bar with reckless abandon, to forget the horror of the previous three hours, but a free bar when you have to drive home, is like an all-you-can-eat buffet when your jaw has been wired shut.

Thankfully, after an hour of bonus networking (“I don’t feel I adequately explained how brilliant I am earlier, so I must find new victims to impress…”), we were called back into the conference room for dinner.

Then, when I thought the evening could not possibly get any more excruciating, the organisers had decided it would be *fun* to implement a seating plan and mix everyone up, separating those from the same firms.

As a result, whilst my boss was on Table 7, I ended up on Table 10, with people I did not know, but felt sure I would instantly dislike.

As it happens, my dinner companions were all a vast improvement on our earlier table (lump was on the other side of the room, the cocktail couple were almost certainly naked somewhere, and red dress had presumably moved on to her evening job), but I was sat with people who all appeared to be in the mood for drinking, while discussing such enthralling topics as ‘so, what does your firm do?’

Fortunately, the lady to my right, who took no time in informing me she was on her first night out following the birth of her daughter three months earlier (at a legal conference – she knew how to party), was pleasantly entertaining. I’ll admit she lost me slightly, when she revealed the rather pretentious name she had given her daughter, but compared to Mr Stuffy (of Stuffy, Dullard & Boring), she was an increasingly drunken source of amusement.

My slightly-improved mood was then promptly ruined again, when the starter arrived. Look, I shouldn’t be ungrateful for a three course meal I hadn’t paid for, but who on earth thinks ‘Smoked Trout Mousse with Cucumber Jelly Cubes’ is appealing? Ok, lawyers can be pompous arseholes at times, but it takes a particularly obscure palate to salivate at what was essentially Fishy Porridge.

The main course, whilst a little cheesy for my own liking, was at least geared to the masses, as was the chocolate dessert, but nothing went down quite as well as the complimentary wine. Since I was obviously not partaking, I grew weary of the evening quite rapidly once the meal was over, and made my excuses to leave.

Even the entertainment of the prize draw (which saw one thoroughly-unimpressed man win a huge teddy bear), and the fact the two ladies hosting the evening had inadvertently worn exactly the same dress (much to their obvious disgust), was not enough to retain my interest, so I headed out to retrieve my runt-of-the-litter VW, from a car park that looked like a particularly extravagent episode of Top Gear.

As a final insult, I knew United had already kicked off, which meant none of the remaining cars belonged to any players (they don’t strike me as the sort to car share), so I couldn’t even key one of the doors as I left.

And they bloody won.