Yes, yes, I know it’s not Friday, but I thought I’d offer my own invaluable advice to anyone still undecided about which way to vote in tomorrow’s election (whilst at no point revealing my own political views, or bias in any way). So, not only do you get some guidance on which way you should vote, but you also get a bonus blog entry this week. You lucky buggers.

Simply respond to the following multiple-choice questions, honestly, and remember to keep a record of your answers. Good luck!

Which of the following animals do you like the most?

(b) Black Widow Spider – They’re ruthless, deadly, and don’t care about any creatures other than themselves;

(c) Polar Bear – Not very intelligent, extremely vicious, and most of all, white;

Which of the following holiday destinations most appeals to you?

(a) I’m happy so long as I get a holiday each year;

(b) The United States – it’s the only country that will have me these days;

(d) Don’t think I’ll bother with a holiday this year. Might just stay home and alphabetise my CD collection.

Which of these Star Wars characters do you most relate to?

(a) Obi-Wan Kenobi – I like an old bearded man in a dressing gown and slippers;

(b) The Emperor – ultimate power (and I find your lack of faith disturbing);

(c) Anyone but Lando Calrissian – I don’t like the look of him at all. In fact, I dislike all aliens;

Which of the following meal choices do you like the most?

(a) Bacon sandwich and a cup of tea;

(b) Foie gras and champagne;

(c) Anything British really. None of that foreign muck;

(d) Pizza – so I can share with everyone else.

Which of these films is your favourite?

(a) The Full Monty – it’s full of working class heroes;

(b) The Wolf of Wall Street – I only care about power and money;

(d) Friends with Benefits – I like friends. Especially ones with benefits. 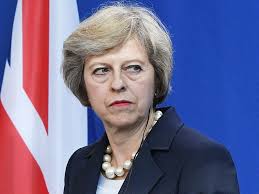 Whichever way you decide to vote, do vote. It’s important.