This won’t be easy for me to write

But there’s something I have to say

Lately our relationship has turned to shite

And it’s time to call it a day

We started out well, you and I

I thought we were solid and strong

But surely even you can’t deny

That things have gone horribly wrong

I know I must share some of the blame

For giving our people a voice

On leaving the EU – it was never my aim

But the morons made the wrong choice

But now you’ve taken things one step too far

I don’t mind you seeing other people

But what the hell is this new group of friends? 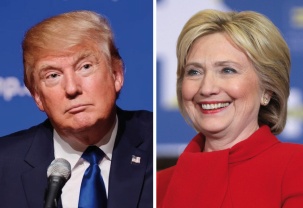 There’s something that gives me unease

She’s encased in a poisonous bubble

Of corruption, lies, hatred and sleaze

But that’s nothing compared to old Trumpy

On which planet does that guy reside?

The future is decidedly bumpy

If electing him is what you decide

Nothing useful comes out of his gob

With each speech I truly despair

And what the fuck’s going on with that hair?

And misogyny make me puke

Just think of the worldwide destruction

If the twat gets his hands on a nuke

I actually quite liked Bernie Sanders

Why couldn’t you just stick with him?

Over the next Vladimir Putin or ‘Kim’

Surely having Barack in office

Is better than the alternative shit? 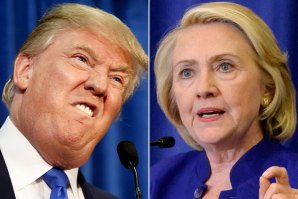 I guess if you do have to choose

But are these really the two finest people

From the 300 million you had?
Having said that, our system’s no greater

We didn’t even choose our new head

It doesn’t matter that most people hate her

We’re stuck with Thatcher II instead 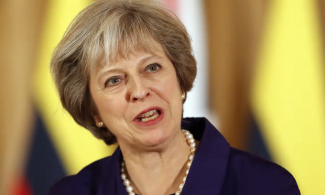 I hope that you make the right choice

But even then, I’m afraid it’s farewell

And if do you elect that prick Donald Trump

Then America, please, go to Hell

It was fun while it lasted, I guess

But you clearly don’t give a fuck

So my last message about this whole mess: