Despite what my wife would refer to as my ‘posh-Cheshire’ accent (which could realistically place me as being from many different parts of England), I am very much a Northerner. I was born and raised in Stockport, I support Stockport County, and I have always lived in the North – including the four years I spent at University and Law School.

It goes without saying, therefore, that I firmly believe the North of England is superior to the South in every conceivable department. But is that just my opinion, or is it fact?

To find out, I have come up with a ten stage test to determine, once and for all, which is better – the North or the South.

Oh, and don’t be offended if I keep referring to ‘you’ (southerners) and ‘us’ (northerners) – it’s just that I often feel the need to distance myself from the likes of ‘you’ (and not just geographically). 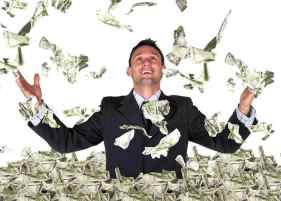 Ok, this is the obvious one which everyone always mentions, and even I would struggle to protest that the North is more affluent. In fact, recent studies have shown that the chasm in wealth between the North and South of England is actually widening, thanks in no small part to the fact you lot have London very firmly entrenched in your camp.

Even though we have the likes of Alderley Edge, Hale and Knutsford to bolster our figures, these are probably cancelled out by the Royal Family on their own, so we had no chance of winning this category.

In fact, looking at the latest ‘Property Rich List’ from last year, all of the ten wealthiest English towns are in southern counties – Surrey (4), Buckinghamshire (3), London (2), and Hertfordshire (1). I could try to argue (rather convincingly) that rich people are, by and large, epic twats, but I think the North has to concede this one.

Again, London more or less wins this category on its own.

If we focus purely on tourist attractions, London (and its surrounding areas) has Buckingham Palace, the Tower of London, the Houses of Parliament and ‘Big Ben’ (yes, yes, that’s the bell, blah, blah), Westminster Abbey, Windsor Castle, the London Eye, HMS Belfast and St. Paul’s Cathedral. When you add in the likes of Stone Henge as well (although I would suggest it is disappointingly small – a concept I am sadly all too familiar with), the North really can’t compete.

True, we have the best theme park in the country in Alton Towers (recent passenger mutilations to one side), and I would argue Chester has the finest zoo, but other than that, what else do we have? The ‘Angel of the North’? Give me strength. 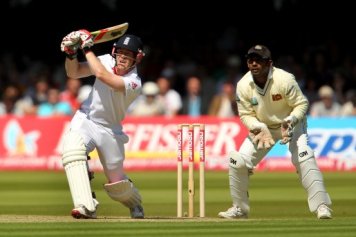 Time to claw some points back, fellow northerners.

Football – the Premier League has been won by northern teams – predominantly (and unfortunately) Manchester United – more times than their southern counterparts (United thirteen times, Manchester City twice and Blackburn once; compared to Chelsea’s four titles and Arsenal’s three). We’ll have to argue who gets Leicester in the divorce another time, but it won’t affect the outcome.

Also, looking at England’s top ten all-time goalscorers, and where they were born, the North wins that as well, 6-3 (with Gary Lineker making up the tenth player – bloody Leicester again).

Rugby – I couldn’t be arsed checking properly, but I have found an ‘all time England XV’ on the Telegraph’s website, and the South just edges this one 6-4 (with the other players being born in the Midlands (3), South Africa and Germany). Pretty obvious really, seeing as rugby players are all chinless posh boys, and all chinless posh-boys are southern.

Cricket – I care even less about this as a sport than I do rugby, but having applied the same method of searching for an all-time top (pauses to check how many players are on a cricket team) 11, it seems everyone is as indifferent about cricket as I am, because no one has ever bothered to do one. Presumably they lost interest half way through the third day.

So, going off who has won the last ten ‘England Cricketer of the Year’ awards, I can proudly announce that it’s 4-1 to the North (thanks, in no small part, to the fact Ian Bell – from the Midlands – has won it twice, and three, yes THREE of the best England Cricketers were born in South Africa – Kevin Pieterson, Ian Trott and Matt Prior).

Tennis – Correct me if I’m wrong, but England has never produced so much as a half-decent tennis player. Tim Henman, despite having a hill named after him, was rubbish, Greg Rusedski (who was barely half-decent) is Canadian, and whilst Andy Murray is technically northern, I’d rather we lost the point than got lumbered with that miserable Scottish turd.

Golf – we’re claiming this one. There’s only one Englishman in the current world top 10, Danny Willett (no, me neither) and he was born in Sheffield. Go on Yorkshire.

I think we can all agree the North has walked this one, but as a decider, I’ll check the last ten English winners of the BBC Sports Personality of the Year Award… shit. No I won’t. Forget I said that. 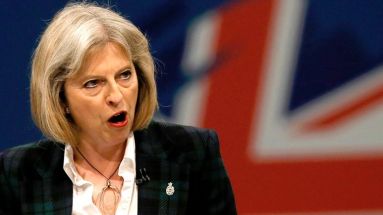 Now, it depends which way you look at this one.

If we take the last ten Prime Ministers, then the South ‘wins’ comfortably. Indeed, if we look at the majority of the current cabinet, they were almost exclusively born in the South, but that’s because most of Parliament isn’t aware there is a world north of Bedfordshire. I suspect most politicians believe the universe simply ends at Toddington Services, and if you travel any further you drop into an endless abyss (in fairness, you would reach Milton Keynes next, so they may have a point).

But, having politicians from your neck of the woods is hardly a ‘win’ is it? If we consider the odious pond-life in the news of late, and discount those born elsewhere – Michael Gove (Edinburgh) and Boris Johnson (New York), to name but two – the South has to take responsibility for David Cameron and Teresa May, George Osbourne, Nicky Morgan, and best (worst) of all, that mutton-faced bigot magnet Nigel Farage.

Keep your politicians, South, we don’t want them. 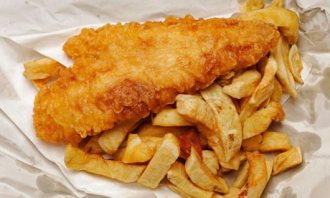 Of the recently revealed ‘National Restaurant Awards 2016’, all but one of the top ten restaurants were southern – the only exception being Simon Rogan’s L’Enclume in the Lake District – but since fancy food is almost exclusively for posh people, and we have already established that posh people generally live in the South, this is decidedly unfair. Besides, no fancy restaurant in the world can match Greggs.

We do cakes better. We do pies better. We are willing to fry almost anything (although not as much as the Scots, who would happily munch away on a shoe if it had been deep-fried first). Ok, we might have considerably shorter life-expectancies as a result, but we make the most of our brief time on this planet, and enjoy our food.

We do beer (marginally) better too. Of the last ten winners of the ‘Champion Beer of Britain Awards’, the North edges it 4-3 (with the others being from the Midlands and Wales).

We have such respect for bread rolls, we have come up with 47 different names for them.

All great food stuffs come from the North. What would you rather eat, a Yorkshire pudding, or some jellied eels? Who, in their right mind, looks at an eel, a fucking eel, and thinks “I know what to do with that. I’ll boil it, then let it cool down so it resembles, and tastes like, fishy snot, before eating it.” Show an eel to a Northerner, and he’ll beat you to death with it, for even considering it as food. 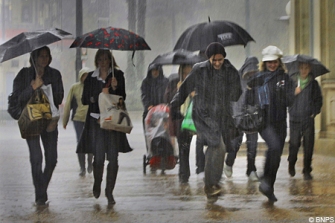 Bugger. Just when we had the lead, too.

I will assume, at this point, that the vast majority of the UK prefers glorious sunshine to drizzly rain, which means the South takes the point comfortably. This is not to say the South is always bathed in glorious weather, nor is the North always wet, but we do have to take responsibility for Lancaster, and Lancaster loses us the point.

Having spent three years at the University there, I can assure you that Lancaster is the coldest, wettest, windiest place on Earth. Were it not for the fact most students of Lancaster University spend three years drinking solidly, thereby building up an inner-immunity to the elements, they would surely perish long before graduation. Scientists have proven that, not only is Lancaster responsible for 74% of the UK’s average rainfall, there are actually bacteria which can survive a nuclear blast, but not 48 hours in Lancaster*.

Ok, you Southerners have Glastonbury, which is responsible for almost all of your annual rainfall, but that’s only a few days a year. Even London has the odd smog-free day every now and then. We’re stuck with Lancaster permanently. 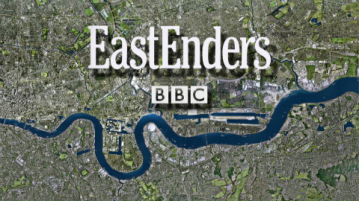 I’m going to split this category up a bit:

Soaps – I don’t watch any soap operas, but even I know the battle for top spot is always between Coronation Street and Eastenders, and their viewing figures are usually pretty even. But we also have Emmerdale and Hollyoaks (and we used to have Brookside too).

Reality TV – which is better, The Only Way Is Essex, or Geordie Shore? No idea. Both shit, and full of heavily made-up slappers, I imagine.

I’ll give this one to the South. 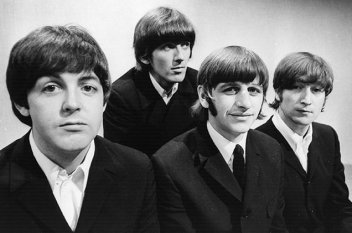 I’m dealing with music separately from ‘Entertainment’, because it is such a vast category.

(at this point, Wikipedia claims Abba were the 8th biggest selling British act of all time, but even with my limited knowledge of Abba, I’m pretty certain they were Swedish, so clearly this list is utter bollocks. Cheers, Wikipedia).

Look, the Beatles were ours, and even though I’m not a huge Beatles fan myself, that’s good enough for me. 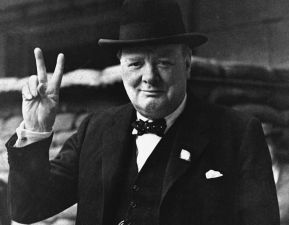 Of the ‘100 Greatest Britons’ (as featured in the 2002 BBC documentary), the top ten looked like this:

If we discount those born in the ‘Midlands’ (for which I am including the likes of Norfolk, Warwickshire and Shropshire), then the North is left with just two – John Lennon and Sir Isaac Newton.

Having said that, I’ve just looked at the remainder of the list, and Margaret Thatcher was 16th, so I think we can safely assume the results are fundamentally flawed. I’m declaring this category void. 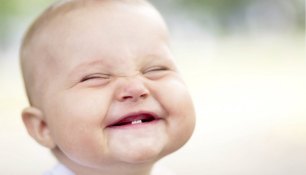 The decider then. Happiness is, after all, everything.

As I type this, I genuinely don’t know which way the outcome will go, but looking at the latest ‘Happiest Places to Live in England’ from earlier this year, the top five is as follows:

* I have never heard of either of these places, but Hambleton sounds like a posh kid at Eton.

Anyway, I make that 2-2 (with Great Yarmouth being – not for the first time – ignored).

But, if we look at the five unhappiest places in England, it’s pretty conclusive:

So, overall, the North edges it, but it’s pretty even (and far more balanced than I would have liked when I started this entry). Actually, if we can all agree on one thing, it’s that we should probably move to somewhere in the Midlands.