Where would you rather go on holiday given the choice: Majorca, or Norfolk?

No offence to Norfolk, but I’ll wager the majority of people reading this would opt for the Balearic Isle we recently visited, over that silly-looking bulge sticking out of the side of England (no, not Wales, the other side).

However, if you will allow me a few minutes of your time, I will explain why, for me personally, the prospect of going to Norwich next week is currently more appealing.

In fact, I’ll give you five good reasons why Norwich is a better holiday destination (for us at least) than Majorca:

No, I haven’t taken leave of my senses. I am well aware that you can fly to Majorca from our nearest airport, Manchester, in a little over two hours, whereas it will take us roughly double that to get to Norwich in the car. But aside from the novelty of flying, there are many, many reasons why cars are better than planes.

Firstly, even accounting for the dog taking up the whole of the boot, we can still pack more stuff into the roof box than we could into two weight-restricted suitcases. Plus, I get to carefully lift our baggage up there myself, rather than handing everything over two hours before departure and wondering if we’ll ever see our belongings again. I’m not sure I’ve ever met an airport baggage handler in real life, but judging by the condition some of our cases have turned up in over the years, I can only assume they all resemble Sasquatch and like to jump on luggage for fun.

Then, there is the entertainment. Ollie and my wife get to share a DVD (admittedly of his choosing), whereas I have full control of the stereo. As far as I am aware, no airline currently offers the joyously-eclectic mix of pop, indie and rock housed on my iPod, and I can sing along (or ‘air-drum’ if we’re in traffic) to my heart’s content, without the fear of upsetting my fellow passengers. Well, they might complain, but I usually have the volume so loud that I can’t hear them, and they always have the option of walking the 225 miles if they don’t approve of my rendition of ‘Africa’ by Toto.

The food is better in the car too. I have to admit that the in-flight meals we had when travelling to and from Majorca recently were actually pretty good (thanks in no small part to TV chef James Martin taking over Thomas Cook’s kitchen); but no matter how good airline food gets, it will never beat a giant bag of jelly babies. Ok, the pink ones taste like feet, but they are easily disposed of through an open window (oh calm down, they’re biodegradable), whereas you can’t exactly open a window on a plane if the cuisine isn’t to your liking, can you?

Lastly, whilst the journey to Norwich isn’t especially picturesque (well, not the M6 and A14 route we take, anyway), even the landscape surrounding Birmingham – which, frankly, might as well be twinned with Beirut – is more interesting than the sky. Sure, it’s pretty from the ground (the sky, not Birmingham) as you look up at the stars of an evening, but once you’re actually up there it really is quite dull. You get a few interesting minutes of watching the ground shrink away at the start of the flight, and another few minutes of watching it expand again beneath you as you come into land, but for the vast majority of the flight it’s just a carpet of clouds. You don’t even get the childish entertainment value of being able to discuss what the clouds look like, because you’re hurtling through the fluffy white bastards at 500 miles an hour.

Yes, this is a good thing. Whilst it was nice to have a week of Mediterranean sunshine recently, I’m pretty certain that the stifling heat was largely responsible for both boys behaving like rabid baboons for most of the holiday, and for my wife and I having shorter-than-usual fuses with them.

More importantly, since I turned 30 my waist has been expanding at an alarming rate, and so I prefer not to be topless in public if I can help it. This doesn’t really pose too much of a problem living in the UK (well, not since I gave up my waitressing job at Hooters), but when you’re abroad by the pool, or on the beach, you can’t really avoid it.

It wouldn’t have been so bad if the guests at our hotel had been predominantly British, since most British men look ridiculous in just swim-shorts, so I wouldn’t have been alone. Plus, we’re quite self-conscious as a nation anyway, so at least we’d have all been in the same boat. But European men are either lithe sporty types with six-packs, or so enormously fat that they gave up caring about their appearance many years ago. None of them are ‘just a bit pudgy’ like me – it’s one extreme or the other.

Also, the fatter European men get, the smaller their trunks seem to shrink. This isn’t just a perspective thing, either (“No, Dougal, those speedos are just far away”) – they actively seek out smaller and smaller swimwear, the fatter they become. There was one German chap on holiday, who was so enormous, and his budgie-smugglers so miniscule and stretched to their very limits, it looked like someone had tried to force a small elastic band around a doughnut.

This vision, together with the guy who was so hairy he looked like Chewbacca (much to Ollie’s amusement when I pointed it out to him), damn near put me off my all-inclusive beer.

The point is, I don’t have the body to be stripping off in public, and when you add in the fact that I don’t tan well either (bits of me will eventually turn brown-ish, but the majority will remain either pasty-white or ouch-that-looks-sore-pink), after a few days of going shirtless I look like a Neopolitan blancmange.

Fortunately, in Norwich this isn’t a problem. In fact, it’s quite the opposite. The only thing considered to be more anti-social than strolling around the city centre with your pallid, gelatinous man-boobs on display, is wearing an Ipswich shirt.

Woah, wait a minute. Let me explain before you start comparing me to Nigel Farage. The simple fact is, most of the Europeans we encountered on holiday did not seem to like us for some reason, and they certainly didn’t like our children. Admittedly, for most of the week we didn’t like our children, but we’re their parents, so that’s our prerogative. What gives some random European stranger the right to glare at my kids, just because one is screaming and the other is spraying food in all directions like he’s some kind of human sprinkler system?

Why can’t they just roll their eyes, or tut quietly, like we Brits do?

Plus, every non-British person we encountered in Majorca seemed to smoke like a chimney, and it really made us appreciate the ban on smoking in pubs and restaurants in England. This might be a sweeping generalisation, but young and old alike were constantly sparking up. Maybe that’s how they stay so lean?

Ok, we went all inclusive at our hotel in Majorca, so it’s no surprise that the food was somewhat uninspiring and repetitive, and the alcohol was only passable local brands (although I wasn’t complaining at the time), but there’s no contest when it comes to the food and drink in Norwich.

My father-in-law’s lasagne is the finest in Britain, and my mother-in-law’s Sunday roast is as good as they come (should score me some Brownie-points if they read this), but more importantly Norwich has one the finest collections of pubs in the country, perhaps only bettered by York in my opinion, and there is nothing my father-in-law likes better than a trip to the pub.

Ah yes, I’ve saved the best reason until last. Due to the fact Norwich is so far away (it’s virtually part of The Netherlands), my in-laws only get to see Ollie and Isaac a handful of times each year, and so they like to spend as much time as possible with them when we visit.

Fortunately, when it comes to her grandchildren, my mother-in-law has more energy than anyone I’ve ever met, so she will often take Ollie out for the day – which is fine by us. I love Ollie to bits, despite what I might say about him in my blog entries, but he can be really exhausting at times. Far better to let him and his Nanny burn off some energy together, leaving us with just the one screaming brat to contend with (just joking, I love Isaac too).

So, there you have it. Five very good reasons why our forthcoming trip to Norwich will almost certainly be more enjoyable than the recent holiday we took to Majorca. Norwich wins.

Now then, how can I link the title of this blog to Norwich, so it doesn’t look like I just threw it in there at the last minute to use it up? Ah yes. 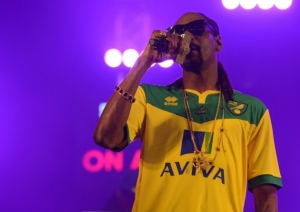