Apologies if this latest entry seems a little rushed, but I honestly didn’t think I would be able to post anything at all this week. You see, last Sunday my wife decided we should all go to Ikea in Warrington… we only made it out yesterday (and very nearly not at all). As a result, I’ve had to compile this piece rather hastily, in order to warn you all against making the same mistake we did. 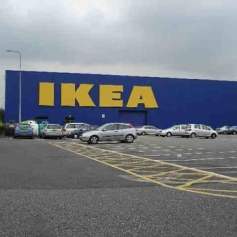 This was only our second visit to an Ikea store ever, the last one being six or seven years ago, which I assume is the amount of time it takes to forget what a soul-destroying and harrowing experience it can be. Had I recalled our last visit, I would almost certainly have refused to go, and would have suggested we spend the day doing something more fun – like counting the blades of grass in the front lawn, or playing ‘punch Daddy in the throat’ (which happens to be Isaac’s favourite game of late).

I know some people really like shopping at Ikea, and go there regularly, but frankly I think these people are sadistic imbeciles. I cannot envisage a time when I will ever want to go there again, especially since we had to fight for our lives to escape in the first place.

I should have realised something was amiss when I tried to get us a trolley shortly after we’d entered the maze. At that point, as I bounced from one clueless staff member to the next, none of whom had any idea where the ‘tro-lleys?’ (they repeated the word like I was searching for unicorn shit) could be found, I could still see daylight and should have got the family out of there while I had the chance. Foolishly, having asked a sixth ‘assistant’ (the term being used ironically, it would seem) for help, and having been informed that he might have seen a trolley roughly half a mile away the week before, I decided to go in search of it rather than save my family. This mistake almost proved fatal.

My trek took me down an escalator, back up it, back down it, past a restaurant (twice), through an air vent, down a lift shaft, across a river, and finally through somewhere that looked suspiciously like Runcorn, but eventually I found a solitary trolley (along with some Inca gold and an instruction manual for a Sinclair ZX Spectrum).

However, I then realised to my dismay that I hadn’t left a trail of breadcrumbs, or some string, in order to find my way back, and I was horrendously lost. I was annoyed with myself, as the first thing they taught us in the Scouts was to ‘be prepared’, and I didn’t even have a Swiss army knife or distress flare with me. I was woefully under-equipped, especially for survival in somewhere as dangerous as Runcorn. 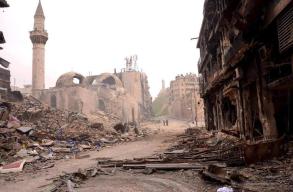 It took me what felt like hours to get back to my family, and I have never been so relieved to see them, nor felt so heroic at having been able to provide for them. I had returned with the trolley I had promised. I learned that they had managed to stay alive by building a shelter from some deckchairs and cushions, and a kindly family had given them a packet of biscuits as they passed on their own crusade into the depths of the store.

The problem, was that I found my wife and the boys in a slightly different place to where I had left them, and the days I had spent in the wilderness had disorientated me, so I could no longer work out which way the exit was. We had no choice but to continue onwards into the unknown, as this other family had done earlier. We strapped Isaac into the trolley, harnessed Ollie to the side of it, and pressed on with reckless abandon.

Soon afterwards, and by pure chance, we stumbled across what we had gone there for in the first place – a wooden storage unit for the kitchen. Unfamiliar with the complex ordering system, we had a look at the label for clues. The price was clear enough, and was in a range we could afford, but there was no indication of how we should go about purchasing one.

I found a ‘shopping list’ and pencil nearby, and began to write down whatever information I could glean from the label. In normal stores, the name of the product is usually a good starting point, but herein lies the problem with Ikea – every product has some weird Swedish name. I wouldn’t mind so much if I thought the Swedish for ‘plate’ actually was ‘splunk’, or a table was known throughout the country as a ‘kräppel’, but I personally believe they’re just føkking with us. I bet they’re all driving around in Volvos, listening to Abba, and pissing themselves that we’ve fallen for it for so long.

Anyway, I wrote down what information I could (not knowing if any of it was actually relevant), and shortly afterwards tracked down a kind of Sherpa in a yellow t-shirt who helped us to order one. We were then told, however, that even if we did make it out of the maze alive, we would have to drive somewhere else to collect it. Seemingly, despite designing a store so vast it is twinned with Belgium, Ikea didn’t think there was any need to include some storage space as well.

I was therefore keen to try and make some progress at this stage, as I was wary that nightfall would come soon and all manner of unspeakable beasts could be waiting in the shadows, but when a woman has commenced shopping, not even the fear of being eaten alive will prevent her from searching out more bargains. For when a woman is shopping, there is not a more powerful hunter on Earth.

And so it began. Endless pieces of colourful crap were presented to me for (dis)approval, most of which we did not need, but I wearily nodded at what I felt was the appropriate times just to appease her – anything to keep the troop moving forwards. After a while though, I reached breaking-point over one item and snapped “but what does it even do?!”, only to be given the answer “I have no idea, but look how pretty it is.” It was then that I knew delirium was setting in, and we had to get out of there or we’d never leave.

But by this point we had become further disorientated by the lack of daylight and fresh air, not to mention the mountains of colourful crap as far as the eye could see. Ollie tried to help by sniffing his way out like a dog (genuinely), but to no avail. We didn’t know which way to turn. Had we gone left at the display of Grønkells earlier, or was it right? Hadn’t we seen those Schinkempafers before? The more you try to work out the right path, the more confused you become.

The normal rules of space and time do not apply in Ikea. Time has been known to stand still, or even reverse, within those yellow and blue prison walls. At one point, we reached an area we knew we hadn’t yet visited, only to find something of Ollie’s on the floor ahead of us. He had obviously dropped it at some point, that much was clear, but it had managed to advance further around the store than we had. Shortly afterwards, Richey Edwards from the Manic Street Preachers trotted past us on Shergar.

Gradually, as the madness took hold of my mind, I began to believe that I was in the film Labyrinth, and half-expected to hear David Bowie singing Magic Dance or Underground at any moment. I hoped we might encounter Hoggle, but unfortunately a ‘Höggle’ in Ikea is a type of desk lamp, and that wasn’t much use to anyone at this juncture. 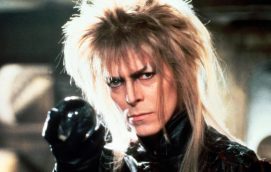 Just as all seemed lost, we made it to the ‘Market Hall’, which we knew from the map at the start was about half way. I asked a fellow traveler, and they told us that they believed it to be Tuesday, but could not be certain without access to the sun or any kind of functioning timepiece (the hands on my watch were spinning wildly by now).

I was determined that my family would not perish. I spurred us on, scooping a child under each arm, and letting my wife rest in the trolley as I pushed it slowly onward. Through the warehouse, past the bog of eternal stench, and then, finally, we spotted it in the distance: the ‘restaurant’. For a few miles I feared it was simply a mirage, but as we got nearer and nearer I let my heart believe it was real.

If you make it to the end, and very few have, they reward you with all sorts of delicacies, like Swedish meatballs and pastries. But as you gorge yourself on these treats, ravenous from days in the crypt, you cannot help but feel a heavy heart for those families who were not so fortunate. Those who fell by the wayside, and who would never see their loved ones again.

Those who do manage to leave Ikea alive, blinking as their eyes acclimatise to the daylight like Chilean miners, are the only people in the world who are ever happy to see Warrington. Even the poor bastards that live in Warrington aren’t happy to see it.

As I held my family close to me, tears of joy stinging my eyes, I realised that some good had come from our ordeal. We would be stronger as a family from now on. We wouldn’t let little things bother us anymore. And, best of all, I’d amassed 37,000 steps on my Fitbit. Get in.

Had it been worth it? No. We had nearly lost everything, including our lives, and all we had to show for our ordeal was the storage unit, a crocodile bathmat and a stuffed rat.