I am not what you might call a ‘manly’ man.

I wouldn’t necessarily refer to myself as camp – although I certainly possess camp qualities at times, especially when my obscure sense of humour demands it – but there are elements of my personality that you would not ordinarily associate with the manliest of men.

For example, I’m not very good at DIY. I mean, I try, I really do, but any little projects that I embark upon around the house, often end up looking worse than before I started. Besides, I don’t really look the part for DIY, do I? Put a vest top, cargo pants and a tool belt on me, and your first impression will be less ‘Handy Andy’, and more ‘Village People’. 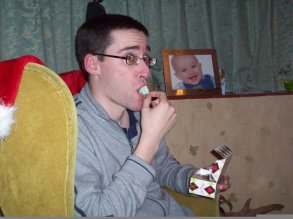 It’s not that I am completely hopeless at DIY. I mean, I can build flat-pack furniture; but whereas a manly man will open the box, immediately throw away the instructions, and then plough on with reckless abandon making it all up as he goes, I insist on organising all the pieces methodically, checking that I have the correct number of screws (twice), and then following the instructions meticulously – as, perhaps, a woman would.

Then, there are cars. I can manage basic maintenance, but anything more complicated than that, and I turn into a quivering wreck. Some men, when faced with a car that has spontaneously broken down on them, will immediately open the bonnet and begin twiddling with bits, even if they haven’t the first fucking clue what any of them do. I, on the other hand, would far rather phone the RAC then pretend I know what the problem is, but explain that I simply don’t have the right tools to fix it. “You see, my tools are in the other car, and the wife took them out the other day…. I know, women, right?”

It’s the same when my car goes in to a garage. Men like me, who are not manly, are embarrassed by our lack of knowledge about cars, and try to convince mechanics that we know more than the minimal amount we actually do (and, by ‘minimal’, we’re talking water and oil here). We nod along sagely, when they point out that the exhaust manifold has gone, or the head gasket has dropped off; when, in all honesty, they’re just terms I think I might have heard on Top Gear at some point, and I haven’t the foggiest where to find them on a car. If you showed me the inner workings of a car, I’d have as much chance of telling you how a space shuttle works. Or a woman, for that matter (although, I’d have far more fun twiddling around with the latter to work it out). 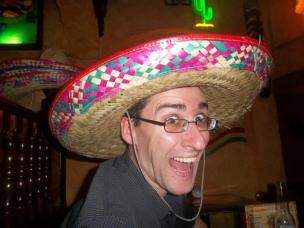 Why do men like me feel the need to pretend we know how a car works? Is it just so that the garage don’t try to rip us off, or is it because we’re embarrassed about letting the side down? Probably a bit of both. It’s stupid though, because if we were all manly men, who knew how cars worked, mechanics would be out of a job. I might start with that argument next time I need to take the car in: “Listen, sunshine, if I knew how to fix this, you’d be out of a job, so don’t be so patronising little shit, ok?”

It’s not like we do that with all professions that are outside of our comfort zone. You don’t go to your GP, and get all embarrassed because you didn’t know it was your spleen that was giving you trouble. Yet, I’d have as much chance of pinpointing the location of my spleen, as I would finding an exhaust manifold on a car. “Yep, that’s just what I was saying to the wife earlier, doc, it’s probably the bloody spleen that’s gone again. Yep, splenomegaly, that’s the one. Bloody spleens, eh, what would you do with them?”

Then, there’s fighting. Now, I’m not suggesting that fighting is something to be proud of, or indicates that you are manly necessarily, because in reality it just shows that you are in fact a lobotomised gibbon towards the lower end of the evolutionary scale; but it’d be nice to think that I could handle myself in a fight, if required.

However, from recollection, I believe I have been involved in two physical confrontations in my 35 years of being alive, and, like my beloved Stockport County, my win ratio is not very impressive: played two, lost two. They weren’t proper fights, either – mostly because they both took place when I was at school (when it’s hardly bar-room brawling), and because I adopted the foetal position early on to try and protect my face – but if I were to now find myself in a skirmish (see, even talking about fights I sound camp), I’d probably not be much use. I might do a better job than simply squealing and adopting a frantic girly slapping approach, but I wouldn’t bet my house on it.

The problem is, I’m quite a passive-aggressive person anyway, to the extent that I don’t like any awkward arguments at all – even if there’s no threat of physical violence whatsoever. Obviously I back down immediately when any disagreement starts with my wife, as that’s just common sense (they teach boys this at school, as part of Sex Education, to save us problems in later life), but I don’t even like complaining about a bad meal, or falling out with a friend/work colleague. It’s because I don’t deal well with awkwardness and confrontation, which may just be a British thing, rather than a lack of manliness, but it doesn’t help my image all the same.

Then, late last year, I suffered the final nail in my non-manly coffin.

You see, my wife is a big fan of blankets, and keeps a few in the lounge (of varying colours and sizes), which she will often choose between – and crawl under – before we embark on our nightly Pointless viewing. Much as I had mocked her in the past, on one particularly chilly evening last winter, I decided to join her and grabbed one of the spares. Then, to my horror, she asked me the most unmanly of questions – “Do you want your own blankie for Christmas?”

Astonished that she could even suggest such a thing, I immediately scorned her with something like “Hell no, woman”, and pointed out that I, her husband, am a manly man, and manly men DON’T DO BLANKIES. Of course, being my wife, she completely ignored this and bought one for me anyway.

Now, the thing is, I’ve tried my very best to loathe and discard it, I really have, but in all honesty, I bloody love it. It’s a Star Wars one, with Darth Vader on it, and if there’s a comfier way of having a nap on the sofa, short of falling asleep on Holly Willoughby’s glorious bosom, then I am yet to discover it.

So, yeah, I’m not butch. I can’t mend cars, or anything else mechanical for that matter, and I’m not very practical. I’m not muscly, or rugged, and I’d be fuck-all use in a fight. I cry at any programme involving sick children, or puppies, (although that’s not necessarily a sign of weakness, since, if you don’t cry at Children In Need, you’re obviously dead inside). Yes, I eat red meat, and I like barbecues (grrrrr), but I’m also just as happy under my blankie, with a glass of sherry.

I think, therefore, that I’ve finally started to realise I’m fighting a losing battle, and have to come to terms with the fact that I will remain distinctly unmanly until the day I die.

That’s ok though. I mean, my career does not require one iota of manliness to be successful (not that I’m particularly successful anyway), and I’ve already got a wife who loves me, and seems to find me attractive; so it probably doesn’t matter that I can’t re-plaster a wall, do basic plumbing, or satisfy her in bed.

I don’t care anyway, because deep down I know that, if I wanted to, if I needed to, I could be manly. If my life, or any of my family’s lives, depended on it, I would rediscover my inner manliness. I know this to be true, because I have fathered two children, and they are both boys. Procreating is the most basic thing a human can do, and when I do it, I only produce boy sperm*. How manly is that? So there must be raw, unadulterated, manliness somewhere in there.

*believe it or not, I actually have an A-level in Biology.

You can mock me, and think that I’m camp, all you like, but I know that deep down, there is a big strong man stuck inside me. 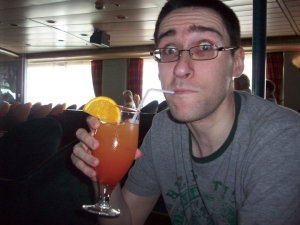