Whilst this is not widely considered to be a significant age, certainly as far as your average Clintons is concerned, it was – for me at least – quite a poignant milestone, as it now means I am officially half-way to 70.

Of course, there will be plenty of people reading this who would just love to return to their mid-thirties; when it was only their fingers that clicked, and they didn’t have to worry about things like winter fuel allowances or ‘having a fall’. There is also the famous adage that ‘life begins at 40’, which, I am sure, has an element of truth to it, despite the fact it means I am now -5 years old.

So, whilst you might be expecting me to complain (who, me?) about my birthdays seemingly arriving faster than each new series of The X-Factor, I am going to try and be positive for once, and heed the advice given by Eric Idle during the musical conclusion to Life of Brian. I’m going to look on the bright side of life.

Don’t get me wrong, no-one (well, at least those of us over the age of 18) likes getting any older, but you can at least try to focus on the advantages of ageing, like looking forward to retirement, and daily naps. Sadly, my retirement is at least 30 years away (assuming I make it that far), and I’ve already mastered napping, so I’ve chosen to concentrate instead on the other benefit of growing older: the ability to not give a shit.

Whilst I am hopefully a few decades away from stopping suddenly in the street for no apparent reason; buying huge quantities of cat food (despite not owning a cat); or deliberately choosing the busiest times of day to go to the Post Office purely to buy one stamp and then publicly wet myself, I have at least reached an age where I don’t need to try and be cool anymore.

Some would argue I’ve never been cool, and they’d be correct, but I’m now finally at a point where I no longer need to try and prove them wrong.

So I’ve come up with a three stage plan.

I’m going to wear things that I think are comfortable, even if they look rubbish. For example, jumpers are becoming ever more prevalent in my wardrobe, as are sensible trousers.

I recently made the mistake of going into a ‘cool’ clothes shop (I forget which) to try and buy some new jeans. To my horror, the largest size they stocked was ‘slim fit’.

Now, I know skinny jeans are all the rage with the youth of today, but surely you can’t classify ‘slim’ as being the fattest a customer can get, before they are so physically repugnant that they are no longer worthy of shopping with you?

Nevertheless, this particular shop had decided an appropriate business model, was to start with ‘slim fit’ as being the largest size they would stock, and then work their way down through ‘skinny’, ‘stretch skinny’ and ‘spray on’ until they presumably reached ‘Excuse me Sir, but is that your penis?’

I’m going to watch television programmes that I find entertaining, and that I enjoy, regardless of what others may think of them.

For example, I know Take Me Out is utter dirge, and Paddy McGuiness is essentially a monkey in a suit, but so help me God if it’s not the programme I look forward to the most during the week (with the exception of Pointless, obviously).

I think my love of this show, probably stems from the joy I used to get playing along to Blind Date when I was younger, only now there are lots of (slightly prettier) women to choose from, rather than just 3, and the selection process isn’t interrupted by rounds involving panels of men or pensioners.

Actually, I wouldn’t mind going on that show, if only to give my fragile ego a much needed boost, by having at least one or two lights left on after I’ve walked out of the ‘love lift’ and given my name. That said, I suspect I’d lose the interest of whatever stragglers were remaining after round two: “Now, here’s Greg’s wife to tell us a bit more about him….”

My idea for a show would be to merge the concepts of Take Me Out and The Voice, so that someone has to decide whether to turn around and go on a date with someone, purely from the sound of their voice.

Look, I don’t want to offend anyone here, but there are certain regional accents which, when particularly strong, are not in the slightest bit attractive. Equally, give me an average-looking lass who turns out to be from Newcastle, or perhaps Dublin, and my knees are all aquiver (or, perhaps, something more manly).

I am going to listen to, and more importantly purchase, music that I like.

Yes, I like Def Leppard and Roxette, ok? Yes, I know they’re not cool, and never have been, but I like their songs.

Taylor Swift? Check. Pharrell Williams? Sure. The All About That Bass song? Abso-fucking-lutely. 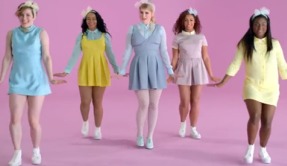 I know it’s not very cool for me to like stuff that the young ‘uns are listening to, but screw it. Apart from Ed Sheeran. He’s a pointless ginger waste-of-space that I can barely form an opinion on, he’s so appallingly bland.

So, there you have it. My three step guide to turning 35, and not giving a flying fuck what anyone thinks anymore. Just think, in five more years my life begins, and I can buy a sports car. 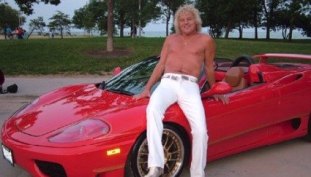